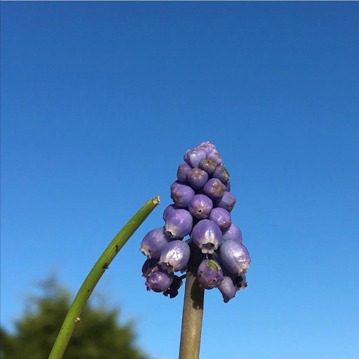 Well we’re more than half way through the first month of 2017 and pre-spring is going reasonably well I have to say!

I took the above photo just after the man on the radio said we were covered in a blanket of snow, I had to laugh as the sky was brilliantly blue and there was no snow in sight.

I have to admit it did appear later that evening but it was only a dusting and it had almost all disappeared by the next morning thankfully…..and I hope that’s the end of it!! 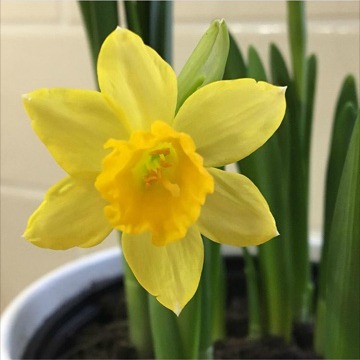 In the house I’m surrounding myself with bulbs and its a joy to see these bright little yellow flowers open up. 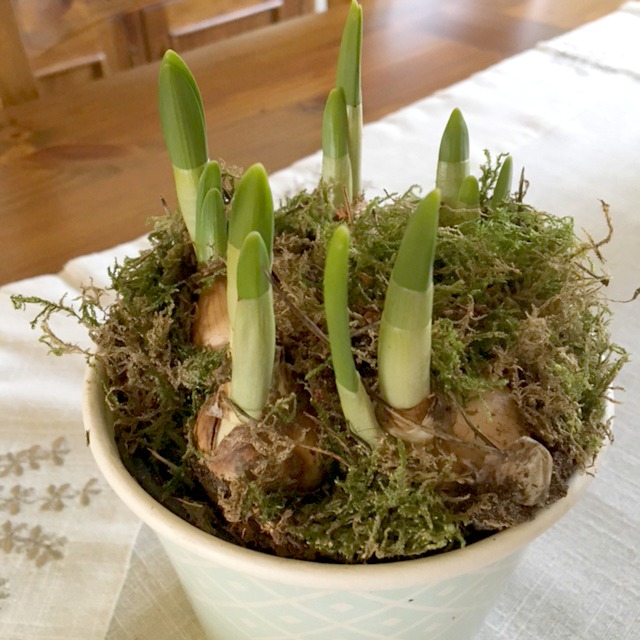 I bought another pot at the weekend as I like to keep them coming. 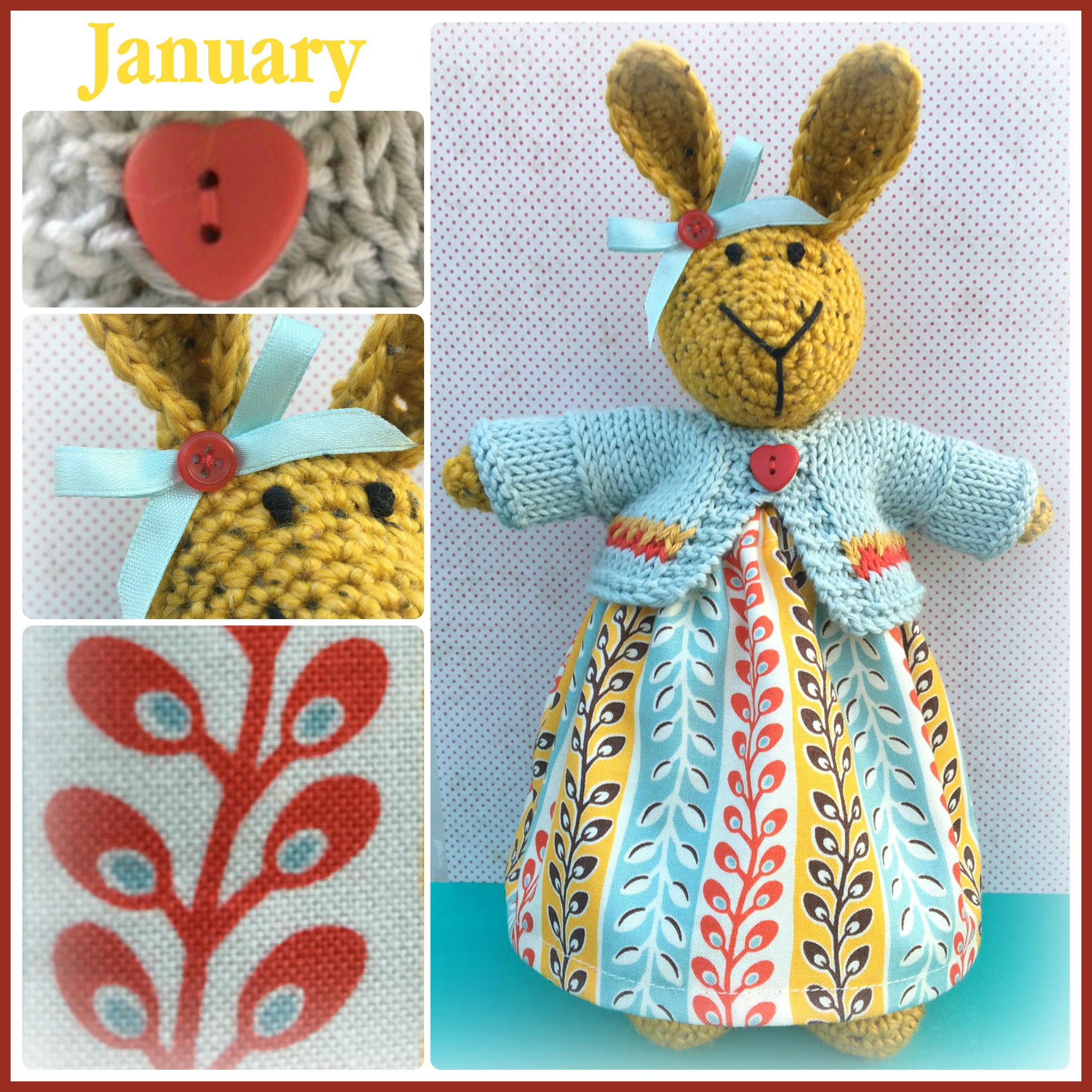 I have finished the first batch of girls for 2017.

This little bunny has been appropriately named January and her dress is covered in shoots and buds, a hopeful sign of spring. 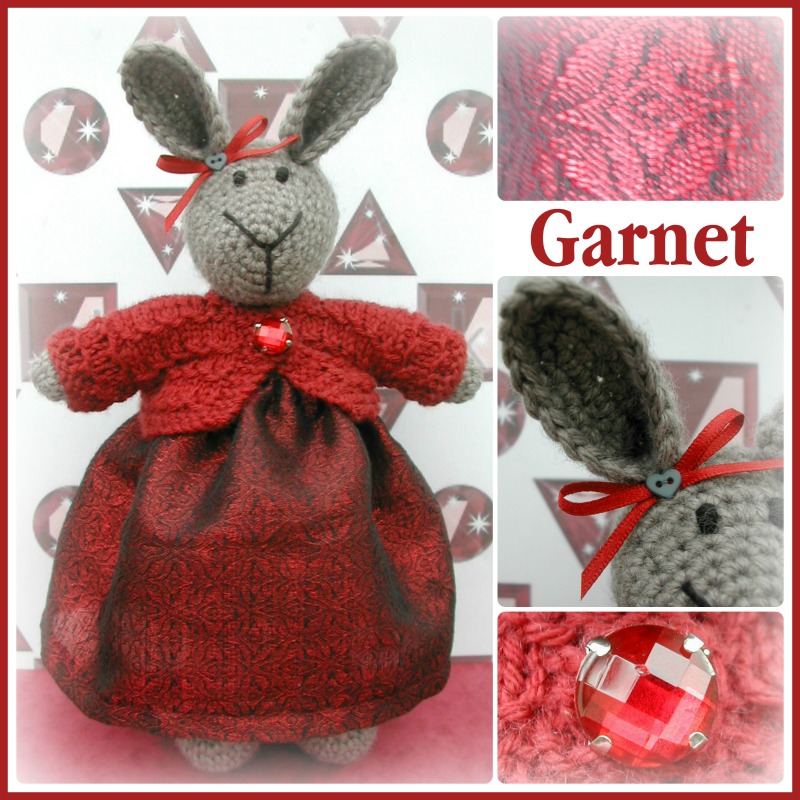 With her red shimmery dress and jewel button this little girl has been named Garnet……January’s birthstone! 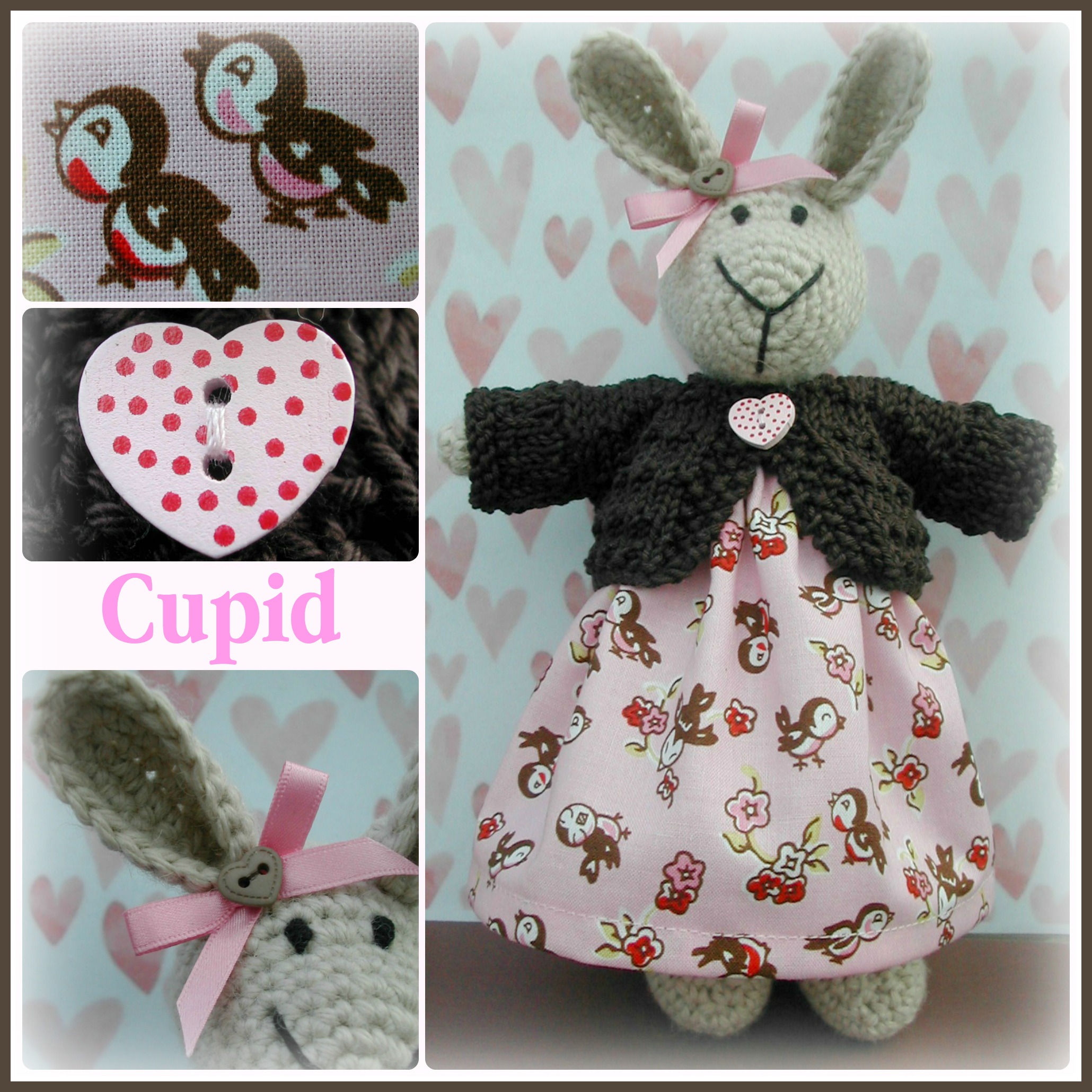 Valentine’s Day is just around the corner so with hearts, flowers and love birds AND a ‘chocolate’ coloured cardie……please meet Cupid! 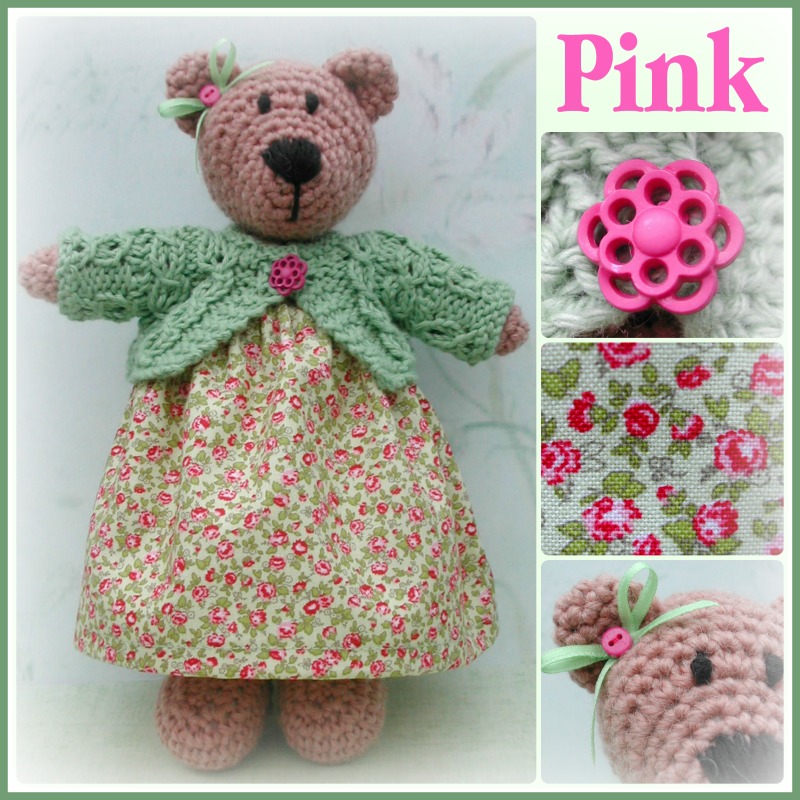 The final girl this time is Pink who got her name not just because she is pink but because the flower of the month for January is a carnation and carnations are also known as pinks!

All these girls will be listed in my Etsy shop on Wednesday 18th January at 9pm (GMT), more information on my animals can be found here.

Thanks as always for dropping in, enjoy the rest of January and keep looking for spring! 🙂

Beautiful photos to start 2017. Our witch hazel is in full bloom and bodes well for a good spring I always think
Lovely bunnies as always as well

Love the fact it is a pre-spring post instead of all things wintery. Oh all those bulbs, sunshine AND your gorgeous girls of course! So cheerful! And if I had to choose I’d say Pink would be a favorite…

Gorgeous fresh photos in this cheerful post! Like you I love having bulbs around through January to bring spring a bit closer. Love your gorgeous girls for this month…they are all very sweet and pretty! Enjoy your week dear Vivienne!
Helen xox

Hi Vivienne, Happy to see your latest bunch. It is not very springlike here— too much rain and/or snow. These cheered up a grey Tuesday. For once, I can’t pick a favorite. They are all lovely. Happy to see you here and on FB and on IG!!
Anne and all xx
PlumTrees

Hello Vivienne – I love your idea of bulbs in the house!!! You have found a way to start Spring earlier indoors when its still drab outdoors. Sweet little girls you have made for the first of this New Year. You show so much creativity in each one. I especially love all the clothes you make for them. Thanks for sharing.

You work so hard making your wee creatures…I hope the sale goes well.

I am glad you are having an enjoyable pre-spring! The weather here hasn’t been too bad at all. Your new batch of girls are as lovely as ever.

I’m sure they will all find new homes quickly. They are all so unique. My favourite is ‘Pink’. My mum had carnations on her wedding day. Love & Blessings x

What a lovely cheery post. And you’ve inspired me to treat myself to some pots of bulbs at the weekend!

Such a beautiful blue sky Vivienne – I love the grape hyacynth. We’ve had days like that too and there’s a definite pre-spring feel out there! Hope the girls all enjoy their new homes xx

It’s lovely to see your flowers Vivienne…your post is a perfect burst of pre-spring colour for my dark morning here and your girls are beautiful as always…out to shop for bulbs shortly!
Susan x