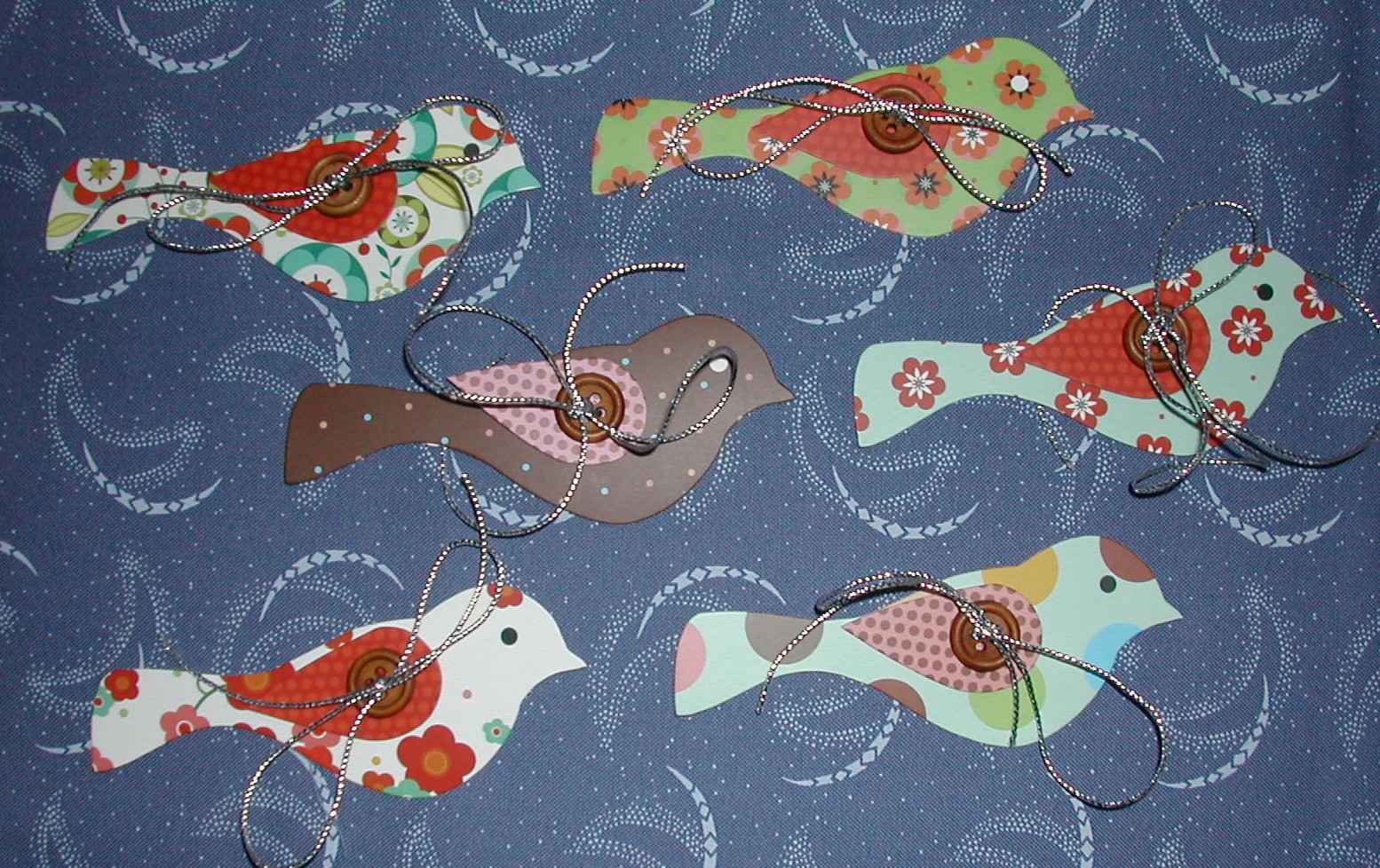 Well it’s month two of the Splash of Colour posts organised by Emma of Silverpebble, where we all try to cheer ourselves up while we wait for Spring!
As we’re doing four monthly posts and this is the second one, that means we’re halfway to Spring, woo hoo!!
A nice thought as I look out the window at the heavy snow. We had what I had referred to as ‘designer snow’ (pretty to look at but not enough to cause any hassle) but it’s quickly becoming annoying snow!!

I thought this month, with it being December I would show some festive photos.
The above photo is of some pretty little gift tags which are far to nice to give away, so I’m not going to!! 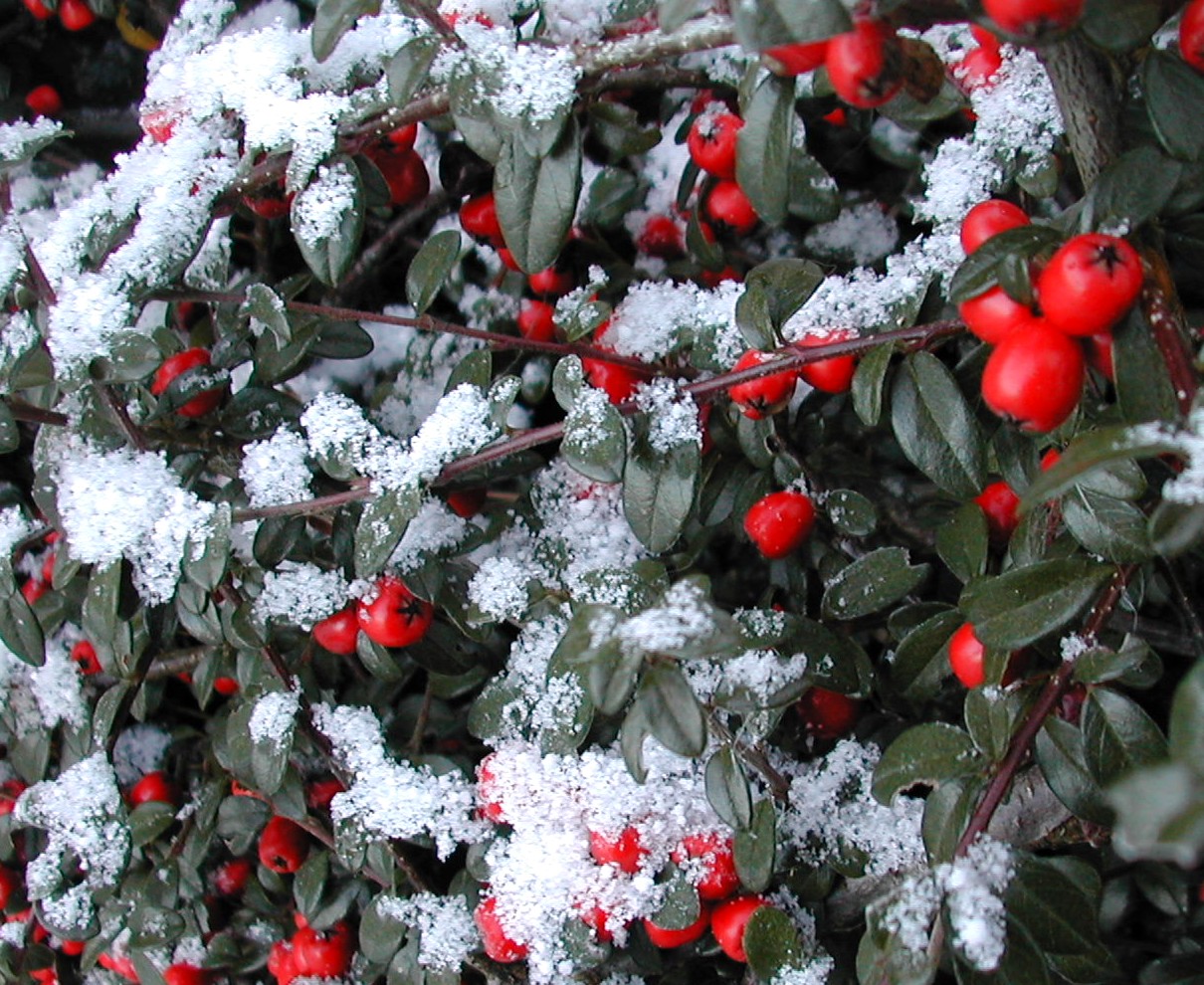 This was taken in my front garden while I still had ‘designer snow’ I can’t even see the berries now! 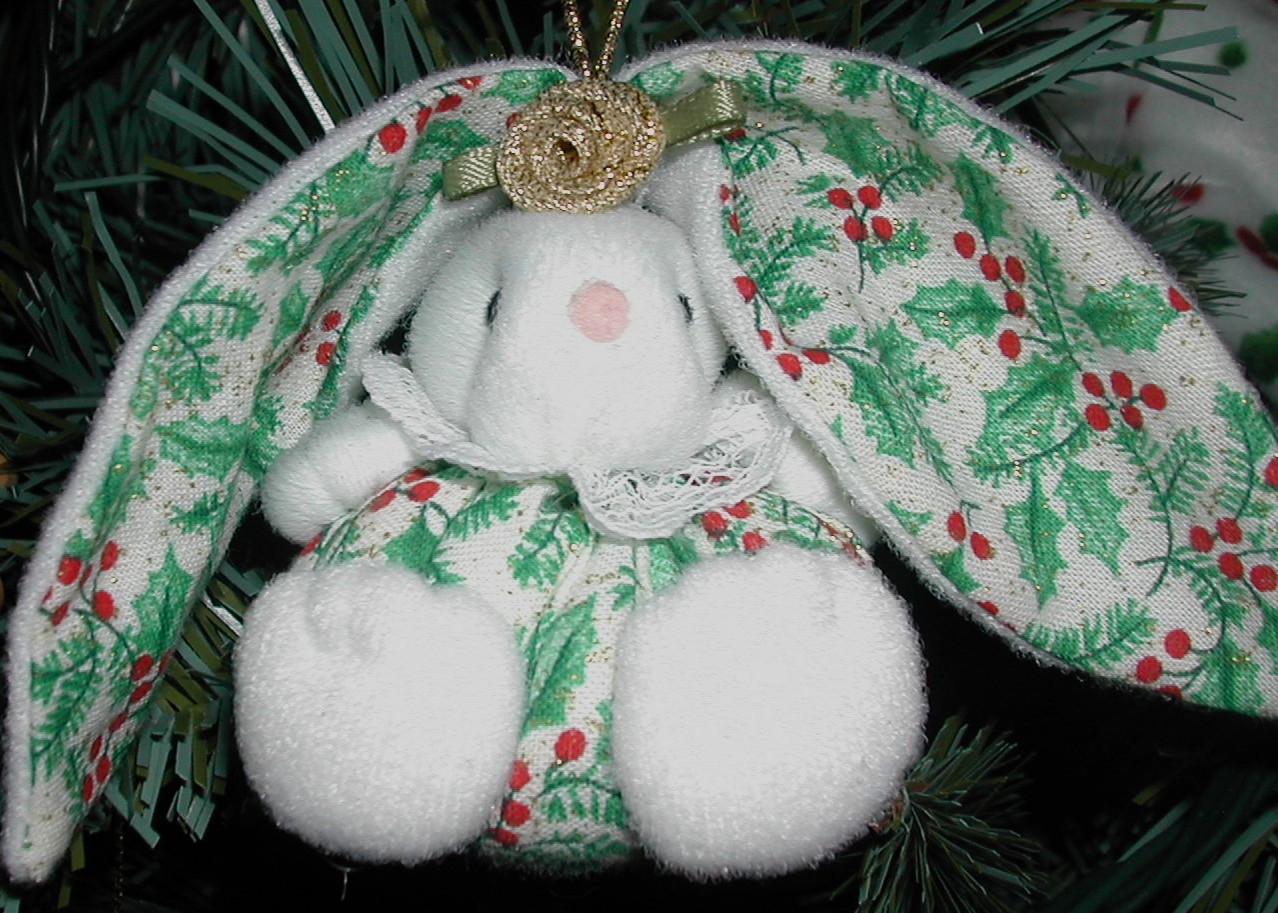 One of my many bunny Christmas tree ornaments! 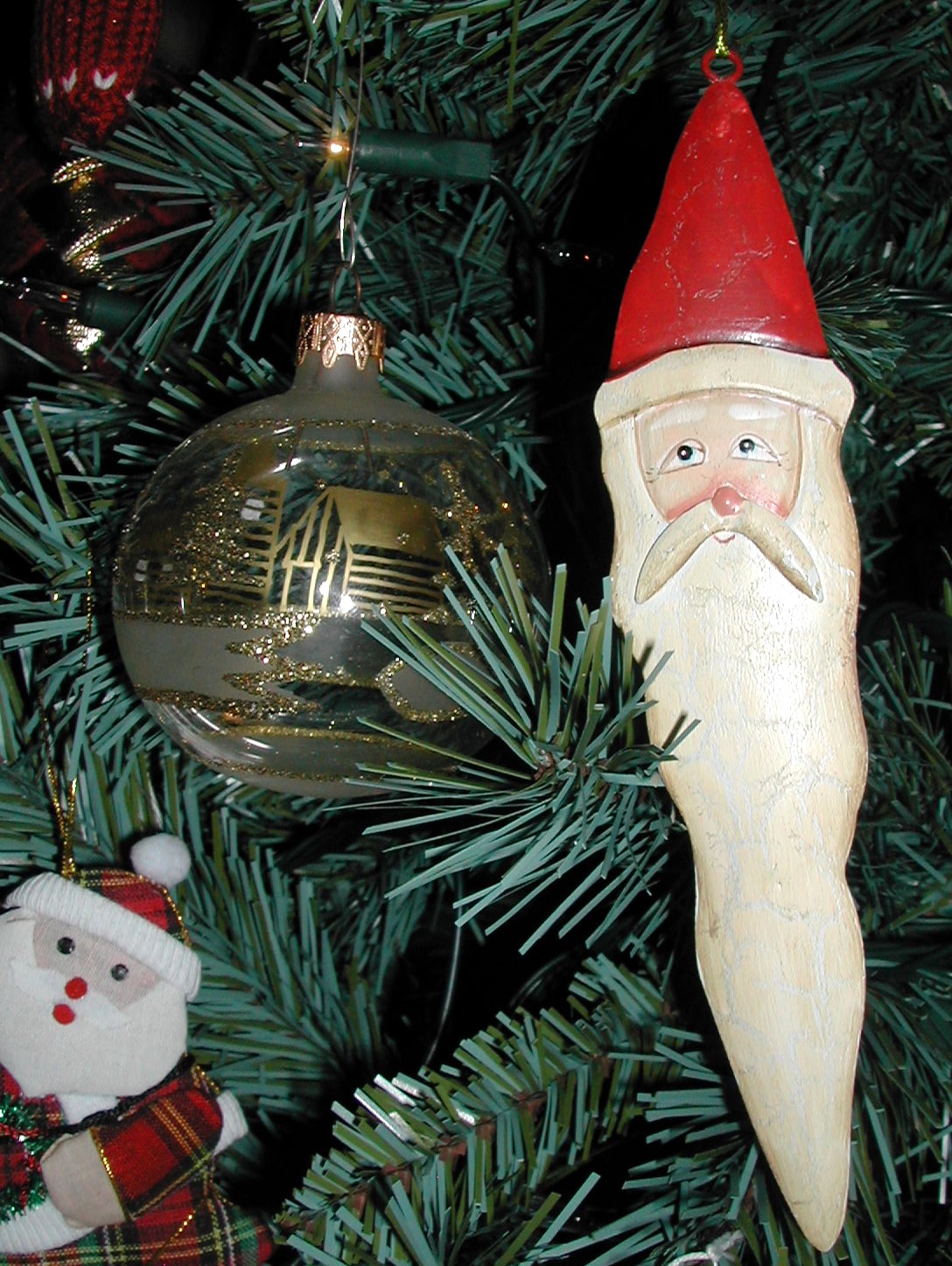 What would Christmas be without Father Christmas, at least he’s used to snow.

This little Father Christmas ornament was bought for me when I was a little girl by my dad, it has been on display every year since. It still has it’s original cardboard backing which came with it in the package. My dad mounted it on some wood so that it could stand and Father Christmas could still have his sky backdrop.

Have a lovely, warm and cosy week! 🙂

Thank you for sharing these beautiful and holiday spirited images, Viv!

A lovely splash of colour! I especially like all the Father Christmases! I wish we had some snow down here. We barely had a covering all week! x

As you well know Vivienne my blog photos showed we had much++ more than your designer snow! Although most has melted we are left with sheet ice pavements…it’s very hard to keep upright today. I LOVE your sleigh, that is such a wonderful heirloom which I am sure you must treasure. Thanks for the splash of colour!
Keep warm,
Jane x

I literally laughed out load when you called the snow “designer” snow 🙂 Those gift tags sure would brighten up the winter months. Father Christmas is such a great heirloom full of memories.

Lovely colourful images. Especially like the bird tags and your bunny!

All your pictures in this post are lovely! You certainly should keep those little birds for yourself! I especially loved the little Father Christmas ornament that you have kept from your childhood – so sweet!
Hope you’re keeping cosy! Helen x

what a lovely festive collection – certainly a warming antidote to all the snow.

And a lovely, Christmasy splash of color it is! Thank you for sharing! I think the ornaments we grew up with are the best!

Oh how I love your birds. Thankyou for sharing the colour Vivienne!

Hi Viv, it’s been awhile and as usual your pictures are delightful. Doing a bit better not quite done yet with surgeries, but, can post now. Oh, I am soooo smitten with your bird tags!

I do believe the snow is traveling we got a bit last night, about 5 inches. Looking forward to spring :0)

This post made me smile because I just posted a very colorful post and then I came here; maybe we all feel that a bit of color wouldn´t hurt right now?! 🙂

Thanks for the lovely pics! 🙂

Great dose of colour! It certainly beats the greyness around here.
I can’t believe that it’s been 30 years since John Lennon was murdered, I was only 5 at the time so don’t remember it. He was such a great artist and was taken away far too early.
x

I love the holly – really Christmassy! The Santa and reindeer must be very special to you. Lovely. x

It’s very hard to choose my favourite image in this post – they’re all gorgeous! But I think the birds probably have it. Or the snowy berries. P xx